POC Diagnostics in General Practice: the Effects on Antimicrobial Resistance 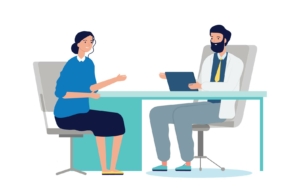 In June 2022, VALUE-Dx contributed to a new publication titled ‘The Opportunity of Point-of-Care Diagnostics in General Practice: Modelling the Effects on Antimicrobial Resistance’, that appeared in the open-access journal PharmacoEconomics. The aim of the study was to quantify the investments required for a large-scale rollout of point-of-care (POC) diagnostic testing in Dutch primary care, as well as the impact on antimicrobial resistance (AMR) due to reduced use of antibiotics.

AMR is a public health threat that is mainly caused by unnecessary use of antibiotics. Community-acquired acute respiratory tract infections (CA-ARTIs) are a major driver of antibiotic consumption in primary care. It is estimated that each year more than 650.000 infections and 30.000 attributable deaths in Europe or 1.27 million deaths worldwide are caused by resistant organisms.

An individual-based model was developed to simulate CA-ARTI consultations at Dutch GP practices. It compared a scenario where GPs test all CA-ARTI patients with a hypothetical diagnostic strategy to a scenario where the current standard-of-care is continued for the years 2020-2030. Differences in costs and future AMR rates were estimated.

Results of the study

The results show that improved diagnostics may reduce AMR in the next decade, but that there also are major costs associated. When comparing the current standard-of-care to the diagnostic algorithm, the latter increases the total costs of GP consultations for CA-ARTI by 9% and 19%, when priced at €5 and €10. The hypothetical diagnostic strategy can partly restrain the forecast increase in Streptococcus pneumoniae resistance against penicillins from 3.8 to 3.5% in 2023, albeit with considerable uncertainty.

The results show that the costs of consultations increase, while antibiotic consumption and AMR decrease when implementing a hypothetical diagnostic strategy for all CA-ARTI patients in primary care. Interventions with limited gains for individual patients, but considerable potential related to antibiotic consumption and AMR, can require novel health-economic methods to assess and communicate the potential benefits related to AMR.

You can read the publication here.